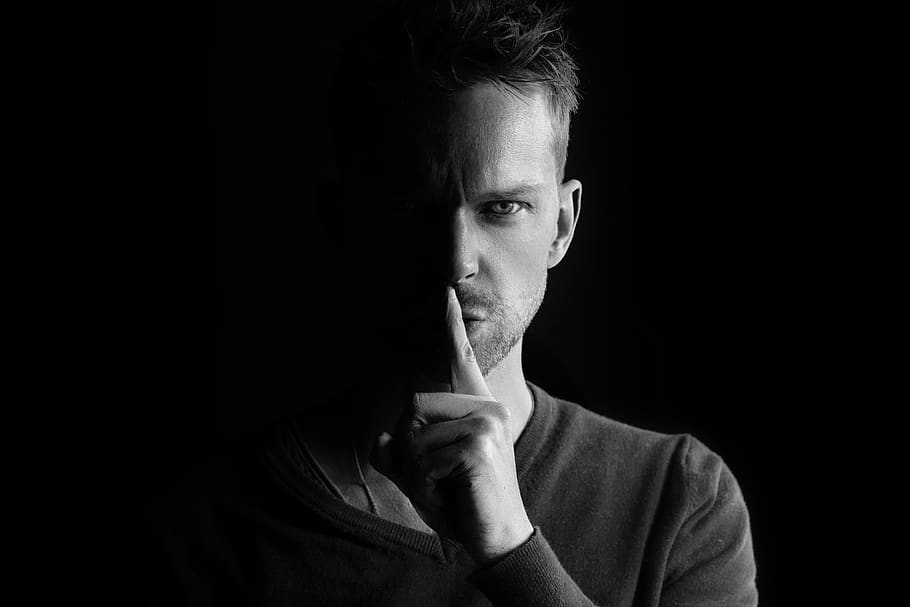 Riprendiamo l’articolo di Michael Thompson “11 Things Socially Aware People Don’t Say: what we choose not to say is just as important as what we decide to say”.

You may be able to get away with telling someone they were wrong and you were right when you are with your closest friends. But tread carefully, and make sure their smile isn’t hiding their embarrassment.

In the future, if you feel the words “I told you so” rising, take a moment to push them back down. Then let them know you’re sorry about how things turned out.

Our job isn’t to always make other people feel better — sometimes it’s simply not to make them feel worse. Removing the words “I told you so” from your vocabulary is one way to do that.

I asked my best friend how he was holding up shortly after his mother passed away. He replied that he’d feel a lot of better if people stopped telling him they know how he feels.

This is another extreme example, but it serves as a good reminder that we all experience things differently. My friend was close to his mom. The doctors gave her a few hours to live and my friend ended up holding her hand for a month before she passed away. As you can imagine, this took a major toll on his emotional well-being. People telling him they know how he feels, though not intentional, ended up pissing him off.

When someone is going through a hard time, even if you’ve experienced something similar in the past, you don’t always have to say something.

This can be difficult as we want to comfort the people we care about and let them know they’re not alone. Listening to them, however, and letting them feel your presence is enough.

Recently, I applied for a bucket-list job. When I told someone in my network they replied in a snarky tone, “Good luck with that.” Saying this was a blow to my confidence. They might as well have said what they really wanted to say, “You’re nuts Mike, you can’t do that.” I left the conversation questioning not only my decision to apply but also my abilities.

Instead of saying “Good luck,” try “They’d be lucky to have you,” or “You’ve put in the work.”

It’s just another example of a little switch that can make a big difference.

In addition to death and taxes, the only other certainty in life is that other bad things are going to happen. When they do, pointing finger at others and casting blame is not a good look. Owning our actions and being accountable, however, absolutely is. It shows character.

The next time something goes wrong, even it if wasn’t entirely your fault, reduce the damage by accepting responsibility.

This may sound counter-intuitive, but as long as you aren’t someone who is constantly screwing up, owning the mistake, can build trust. This is because we all know how hard it is to step up when things go wrong.

These words are dished out like candy to people who are struggling with anxiety and depression and they don’t go down well. The main reason for this is they imply that what the person is experiencing isn’t real or that they are imagining it.

According to my friend psychologist Nick Wignall, how we think about things plays a big role in how we feel or what we do, but it’s not the only factor. People almost always have a good reason for being upset, afraid, angry, or stressed. And when you say, “It’s all in your head,” you invalidate them.

It’s hard to tell by looking at someone from the outside what they’re dealing with on the inside. So instead of saying “It’s all in your head,” choose to be more empathetic by trying to understand why they feel the way they do — regardless if it makes sense to you or not.

This one may sound obvious, but it has a lot of cousins who may disguise themselves as “Why did you do that?” or “What were you thinking?”

Comments like these not only pour salt on a still bleeding wound, they also put people on the immediate defensive and makes them more cautious of betting on themselves in the future.

Or simply ask them what they learned from the experience and what they would have done differently.

Nobody likes to be labeled. Words like “always” or “never,” no matter how nicely you say them, puts people on the defensive: “You never clean up.” “You always side with your parents.” “You never listen to me.”

If a reoccurring pattern is getting the best of you, focus on the problem, not the person.

One thing my wife does that is effective is she says some variation of the words, “I’m not sure you realize you’re doing this so often but staring at your phone while I’m talking to you doesn’t make me feel too great.”

“Chin up boss. Give it a few days. Everything happens for a reason.”

When this happens to someone we care about, our initial instinct may be to try and cheer them up and encourage them to look for a silver lining. Instead of trying to lift them up, however, when they are in need of a shoulder, just let them lean on you. Few things feel better than the support of a friend.

Like many of the examples above you could say this in the nicest tone possible and it’s still likely to annoy people. Give it a shot for yourself and say “Like I said before” out loud in your sweetest voice. It’s still condescending, right?

Instead of saying “As I said before,” or “At the risk of repeating myself,” try instead to rephrase your words or just go ahead and repeat yourself.

It could be that people didn’t hear you the first time, or you didn’t communicate as well as you thought you may have. After all, it’s only a good pass if you give the receiver a chance to catch the ball.

Much like the phrases, “No offense, but” or “I probably shouldn’t say this,” rarely does something positive come after the words “With all due respect.”

These phrases are a massive signpost to people that they are about to get criticized.

Sometimes we have to say things that people may not be looking to hear. When you are in this position, just come out and say what the problem is without leading with phrases like, “With all due respect.” People may not love it at the moment, but it can build trust in the long-run. We all need people who have the courage to give it to us straight.

Plus, “Your presentation still needs work,” it much kinder than adding in a snarky comment before it like “With all due respect.”

Imagine you’re making dinner after a long day and you ask your partner what they want and they reply by saying “Whatever,” “I don’t care,” or the one that really drives my wife nuts, “Up to you.” It wouldn’t make you feel very visible, right?

These phrases are dismissive and make people feel like you don’t care. A few easy options to say instead would be — “What about X?”, “Have you thought about Y?” or simply what our son Liam likes to say, “I want pizza.”

We all have our bad days and being asked our opinion when we are tired can be annoying. But if we have to respond anyway, we might as be helpful instead of making someone else’s life more difficult.

When it comes to navigating our relationships, what we choose not to say, is just as important as what we do say.

Few actions are more effective than taking note of the phrases people do not like to hear and doing away with them. Just don’t forget to also keep track of the phrases that light people up, and make it a point to sprinkle them into your conversations as much as possible.